MY LOVE AFFAIR WITH A CERTAIN BEER... 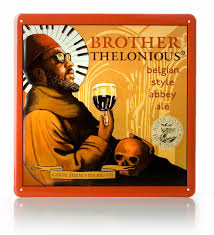 A HIP HOP
If you are going to fall in love why not fall in love with someone or something that can inspire you, intrigue you, make you giddy, and fill you up with joy….
Well, Brother Thelonious did just that. The story goes like this. I was walking by this neat little liquor store (Needham Center Fine Wines to be exact). They had the most incredible display in the window. This beer stood out and sold out. The beer was Brother Thelonious Belgian Style Abbey Ale. On the bottle there is a drawing of the late great Jazz Pianist Thelonious Monk.  It’s a hip sketch like the man himself. The bottle alone was enticing. I went into the store to learn more. I found out it’s from award winning North Coast Brewing Co and it’s a top notch brew. I had to try some.

When I got home I poured my new friend into a tall glass and immediately liked the rich amber color. When I tasted it I flipped.  There were hints of vanilla, caramel, and clove! This was the hippest, coolest, best tasting beer on earth!  It may have been inspired by an icon, with an artist painting his picture on the bottle, but, the beer is the real work of art here! I turned up the music and my spirits.

I drink very responsibly and creatively.  Now, each Friday night I take a different glass, from short, tall, fancy, and even from the bottle itself, and, I indulge in a BT; feet up, and relaxing before Shark Tank, or, as I get ready for a night out.  This beer excites me and makes me happy!
Please try this hip hop today.  And, there is even more…. 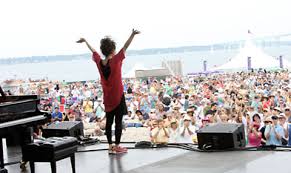 North Coast Brewing Co. is proud to partner with the Thelonious Monk Institute of Jazz in support of Jazz education. The Brewery makes a donation to the Institute for every bottle of Brother Thelonious Belgian Style Abbey Ale sold. And, these generous brewers will be at the Newport Jazz Festival this weekend, August 1-2.  Why not head on over and listen to some sublime sounds while sipping this extraordinary ale. Summer just doesn’t get any better than this.  I say that from the vantage point of much experience. I haven’t missed the Newport Jazz Festival in over twenty years! Like the beer here, this event and the caliber of music is simply first class and spectacular! Taste and hear for yourself…. And always drink responsibly!
North Coast Brewing Co.  http://www.northcoastbrewing.com/beer-brotherThelonious.htm
Newport Jazz Festival (with the Atlantic Ocean as its backdrop) http://www.newportjazzfest.org/index.php?pID=13
The CD that goes with the beer: http://www.northcoastbrewing.com/thelonious-cd.htm
p.s. The skeleton in the drawing on the label represents our mortality...in other words life is short! ENJOY IT!
Posted by Renee Gold at 8:00 AM 3 comments: 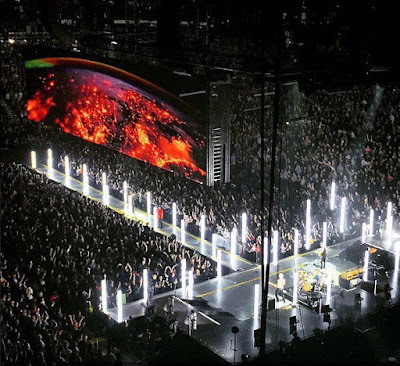 A look at the stage set up
for U2's current tour!!!
When I showed up to the TD Garden Saturday night thousands of lucky U2 ticket holders marched into the sold out show. Tickets for the July 10th show had gone on sale more than six months ago, and, sold out so fast they kept adding more shows. All four shows sold out pronto. U2 is a particularly fabulous band to see live. As one reviewer said, “They are the special effect.”  I have had the distinct privilege of seeing this lively and powerful Irish rock and roll band four times (the first time was 1980 at their very first Boston show). But, this past Saturday was different. I had no ticket. It had been years since I had seen Adam, Larry, Bono and The Edge. I missed them.
Believing I would somehow get in I wore my tee-shirt from their 1981 October Tour for good luck. Being such a loyal and longtime fan and, feeling so connected to their unbelievable energy and longevity, something very good was bound to happen! 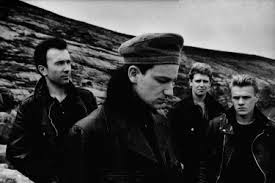 The lads in earlier days
I was with a dear friend who had not yet seen U2 live. My friend said “I’ll wait here while you do your thing.” This “thing” is wheeling and dealing and I have been told, often making impossible things happen. Turns out the only tickets left were being sold by scalpers at two hundred dollars a pop for the last row section. I was three hundred and ten dollars short. And even though we only had ninety dollars between us I couldn't picture myself in the last row. Things were not looking too good. Even every lone ticket at the window was gone and the scarce scalpers were selling out too. But, I believed I would find a way in and my friend believed in me!  I saw myself being handed a ticket… 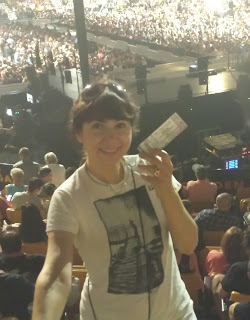 After an hour of patiently pacing outside of the venue the scalpers were looking at me like well, you tired but, it’s not going to happen. One of them whispered to their buddy looking over at me, “This one doesn’t give up.” I was polite and honest. I simply told the truth. "I would love to get in but I have very little money." Earlier I had turned down two obstructed view tickets with the offer "give me whatever you've got."  I was starting to regret that I had passed on that. At this point we couldn’t even get two separate seats, or obstructed ones! Yet, I was so happy just to be there and for all those who actually had tickets. I knew what they were in for...a band that lovingly lifts you up so high and holds you there in the palm of their hands!
Just as I walked back to assure my friend who was hanging out on the sidelines that I wasn’t giving up, the woman who had been selling the obstructed view tickets came over to me and asked again. Before I could answer, my kind ticket angel just handed them to me and said “Take them they are free! They're yours!” I was completely stunned!
I just stood there and yelled to the couple as they ran into the concert… “God Bless you!” I blew them a kiss. I really couldn’t believe it (even though on some level I had envisioned this ultra-lucky windfall). 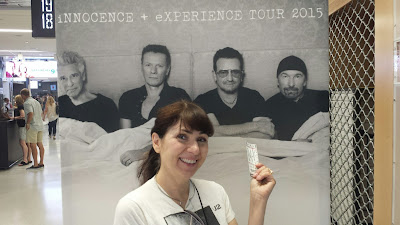 One "hot ticket," that's me
We floated in. My friend practically skipping. And I was in my full glee and glory. I live for moments like this when everything is perfectly aligned and you are right there aligned with it all. It’s so empowering. It’s quite a rush and a real natural high.
We knew our section was literally in the last row of the last section behind the stage, so, naturally I kept walking the other direction. We strutted across the lobby and saw a black curtain that seemed to be calling. With all the confidence I had I pushed it open and casually walked over (bypassing two ushers) and sat down in what had to be a five hundred dollar seat in an area near the side of the stage! My friend followed suit. We carried on as if the seats were actually ours.  The roaring show started. Two of the best seats in the house were ours. 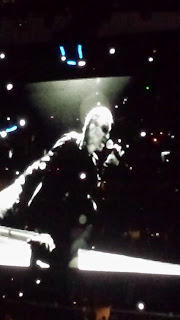 Twenty thousand screaming, rousing U2 fans just went nuts as Bono and the band came in from the back and just walked through the crowds via a long runway. It was amazing. It was spellbinding. It was rock and roll at its finest! If a soul can soar, mine  did that evening!
When they serenaded us with songs like I Will Follow, Where the Streets Have No Name, and Even Better Than the Real Thing, I had chills from head to toe. I had both hands in the air and was living life as much in the moment as possible. I felt like I could fly. My shy and reserved friend was dancing, and singing and running up to take close ups of the band, which I will eventually post here. 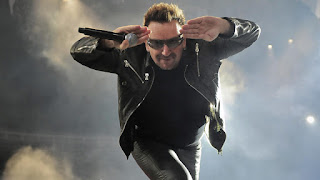 The night was extraordinary and so was the band. I was grateful to my ticket angel, that my friends believe I am magic, and, that I didn’t give up! I had a super superior summer night that with the help of ONE ginormous video screen seemed to bring the past, present and future together perfectly. It was an awe-inspiring experience and all it cost was five dollars for some water. All that screaming, the will to succeed, and being so close to Bono makes one thirsty you know. At that point five dollars for a small bottle of water seemed like the deal of the century compared to thousand dollar seats for free!