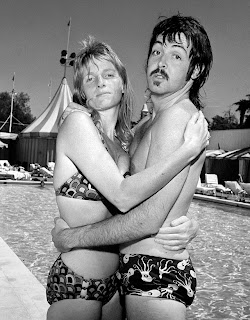 ONE OF MY ALL TIME FAVORITE COUPLES
EVER! 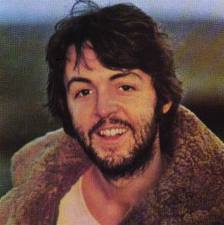 Last Tuesday, July 9th, I was not myself. I couldn't figure out what was wrong with me. I realized it was a bad case of Beatlemania! Or, to be more specific Maca-Mania! I just love…. Absolutely adore, Paul McCartney. I always have and I always will. I grew up believing that one day I would marry him. And, I still believe that I will meet him. Don't laugh. Everyone that knows me knows that if anyone can meet Sir Paul it's me. That notion makes me very excited. And, as it turns out I found a way, created something that could quite well lead me to Paul. But in the meantime…


Last Tuesday I was in my full glory as an adult-teenybopper getting ready to go see Paul in concert.  I had so much fun. The radio station WROR had been playing all Paul all day. And they weren't kidding. I was singing along to every single song that my voice was hoarse even before I got to Fenway Park (where the concert would be held). I carried on throughout the day doing everything I had to do but kept one ear glued to the radio. I even called the station and wouldn't you know it my gushing love for Paul came through. The disc jockey ended up playing our little chit chat. And I didn't even sound that bad. It must have been my effusive state and swooning over Paul McCartney that got me on the air.  “I am already crying” I told the DJ. I just knew what I would be in for having seen Paul in concert already four times and once with the Beatles! That's part of the reason I was so excited. I don't think there's any entertainer on earth that can compare to Paul. He's the ultimate. If I could meet anyone in the world it would be Paul McCartney (Oprah is a close second). 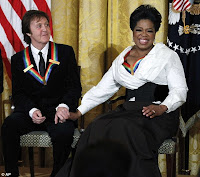 PAUL IN 2010 WITH MY OTHER
FAVORITE PERSON


He may still be adorable but, I speak mostly from a music standpoint. It's his music, his songs, his lyrics, the beats, the rhythm, the history, the nostalgia. The notes to every song are infused in my psyche. That's why I will always love Paul and the Beatles. Their music represents my entire life till now. And I know most everyone reading this can relate. 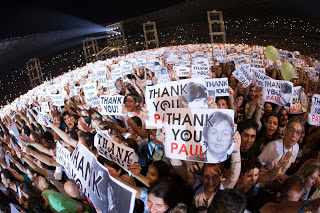 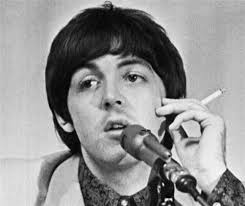 Going to the concert with two friends who had not seen him before was a real treat. They were almost as excited as I was. “I feel like I am part of something historic,” my friend said. As soon as Paul took the stage and started the show with eight days a week I was ecstatic.  He was absolutely incredible. He must read this blog because he surely is Ageless. He had so much energy and sang for three hours with passion. We could all feel it. The night just got better. I danced in the aisles with my hands in the air. It was glorious. It truly felt like a religious experience for me. And no one seemed to mind me bopping up and down. As a matter of fact many of the other concertgoers were giving me high fives. And after the show people were coming over to me and telling me they enjoyed my enthusiasm and my dancing. I even acted out some of the songs. Like when he sang it's just another day, I happened to have a raincoat handy and I put my hands in the pockets when he sang dipping in the pockets of her raincoat.  And when he sang band on the run, well I truly let loose because that's one of my all-time favorite songs. I think for a moment I was somewhere around third base. And then I ran back to my seat through the crowd with glee….as a fan on the run!!!!!! 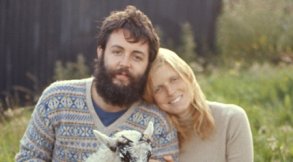 I'm still naturally high and his show in Boston was almost a week ago. I feel even better because I  have created something that I am pretty certain will help me meet him one day! You’ll see. And, you will be the first to know. That’s a Peace- Promise! So stick around now…. This blog is gearing up to explode with something out of this world wonderful. And something that will lead me to Paul! I think it's fair to say my long and winding yellow brick road will lead me to his door… And followers of this blog, including Aunty in spirit, will be right by my side. Just like I believe Linda will always be by Paul's...

Talk about something jumping off the page at you...wow...your excitement is contageous! It always amazes me how much love you carry around inside of you!!!

I was thinking the same thing brianamet! I finished the story with a wide smile! I heard the concert was fantastic.

I always wondered if the Michael Jackson estate owns the songs Paul chooses for his concerts and does the concert production company pay royalties. I also still apologize for saying that Linda Eastman was not an attractive woman. Ironically she was a photographer who was not very photogenic.

Please re-consider the first B&W bathing suit pic, it's not the most flattering...:)

Wow... am I the only one who LOVES that picture of Paul and Linda????
I guess I just see the love and nothing else...
it transcends all....