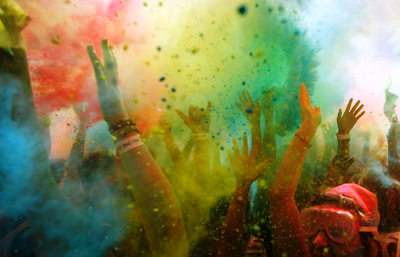 Hindu Spiritual Festival in India
I did not paint my face blue or walk barefoot in a cloud of smoke, but I did something deeply spiritual and quite moving. I honored the dead; in this case my late Aunty.
As it turns out this blog has some magical powers. It seems to be that whatever I write about (see last post) is always expanded upon! I could gush and go on and on but I will keep it simple. Last weekend, from Saturday through Monday (which was the actual two year anniversary of Aunty's passing) I celebrated her life in what turned out to be a three day LOVE FEST! 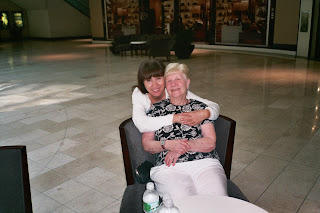 We Remain Inseparable
Saturday morning at the church I was baptized and the church Aunty attended for  most of her life, I honored Aunty in a community mass for the deceased. Along with Aunty's name, I had my beloved Uncle Domenic's name added and their darling daughter Jeanie. With Grace by my side (Aunty's dear friend and mine) we felt like we were sitting among angels. The church is quite elaborate and divine and reminiscent of the Vatican.
Later we sat at Aunty's grave and had a heart to heart talk with her. We felt her telling us how happy she is.
Then we took a ride and enjoyed large cups of coffee (undoubtedly Aunty's favorite drink ever).
We drove to Plum Island where Aunty and Uncle D would take me as a child. The weather rolled out a big red carpet of bright yellow sunshine!
The day kept getting better with each reminder of Aunty, from an exact replica of Aunty's Christmas tree (in a sublime little antique shop) to shimmery high-heel ornaments that Aunty would surely drool over, she was everywhere.
The next day friends gathered at my home and we lit candles around pictures of Aunty and watched videos of her dancing and exuberant.
Due to all the love and honor I was experiencing a little miracle occurred. It was so amazing it warrants its own blog post. (coming soon) 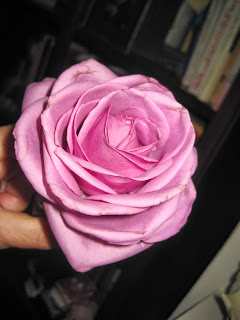 A Rose from Aunty's Funeral
Monday, Grace came back to light another Aunty candle and bring me homemade food,
including homemade bread just like I would always have at Aunty's. What genuine comfort. We looked at Auntys' pictures and talked about how much we miss her and how much we love her. We carried on about the miracle that had just happened the day before. We both know it was Aunty speaking  to us from beyond. It was undoubtedly awe-inspiring. I played a tender and moving song (off a new CD) called I Love You.
These few days of celebrating our cherished Aunty transpired into a three day love fest. And, given the power, depth, and strength of the love we have for Aunty and the love she continues to send us back
it was indeed elevating!
Aunty keeps whispering to me....to you, and to all creatures and humans of the universe.....
Feel my love now.... 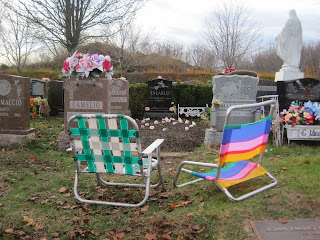 Eternal Rose Petals for Aunty
Posted by Renee Gold at 10:12 AM

Congratulations on your baptism, may your faith grow stronger every day.

My mother showed me this tradition as she did this all of her life. We did this on a particular Catholic day called 'All Saints Day' where we would light candles for our passed loved ones- in this case it was her beloved mother and father. When it was not All Saints Day, she would light a candle at night when the emotions and mood were right. I respect and love your own personal tradition as your love for angel aunty which is very deep and inspiring. In this modern society, we do not cherish or show our gratitude for our decease loved ones. I hope your readers appreciate your sincere devotion to a woman that meant the world to you and to your friends. I hope your family can become aware of such lasting and beautiful love.

What love!!! Asian traditions and other countries do celebrate their deceased loved ones. This posting is one for the movies. You are a blessed and spiritual person. Peace to aunty. It is nice to have an angel watch over you. Where is mine?