YESTERDAY, EVERYBODY HAD A GOOD TIME, EVEN MING….. 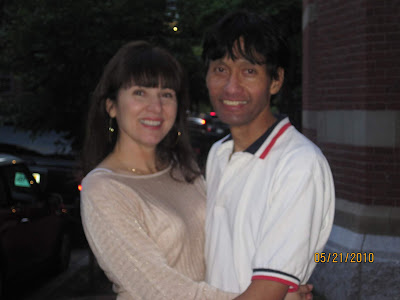 When two special friends invited me out last night I had a feeling it was going to be a wonderful Friday night. It was a hot summer night with magic in the air…

Since we were going to see the movie Yesterday with a lot of Beatles music in it, and the three of us are all huge Beatles Fan (their music still gives me the chills) I knew the evening would be sublime. But I didn’t have any idea how sublime and that we would meet the Spirit of Ming. 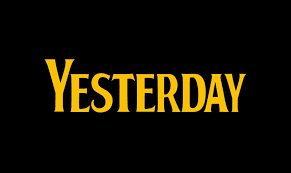 After a superb dinner at Legal Seafood’s in Chestnut Hill, filled with clams, scallops, crab, mussels, Vesper martinis and more, we were off to the movies (right next door). Showcase Super Luxe is my favorite movie theater. They spoil you with seats as comfortable as you could possibly wish for, a friendly wait staff, fresh hot buttered popcorn, blankets, and even live entertainment.

The excitement really started as we ascended the escalator only to hear live Beatles music being played by a Berklee College student. He was playing I get by with a Little Help from my Friends. We started singing as we were ushered in to the plush seats. While we waited for the movie to start I saw an old friend who just happened to be super excited to see me. She basically jumped into my seat with me. The seats there are actually large enough to do this. 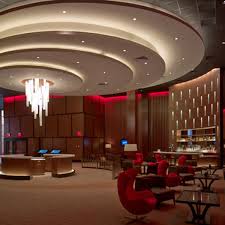 She said “I love you Renee and I miss you so much!!!” She added, “Ming is here.” I knew what she meant. The film is called Yesterday, and that song, along with Let It Be, are Ming’s favorite songs (both played in the film last night). Ming loved the Beatles too. He played lots of fabulous Beatles songs for me on our first date. And when Ming passed away last summer, my friend Jill, (the friend I bumped into at the movies last night) is the one who gave me a gift of a bird carrying a heavy metal heart that weighs him down. But, when you lift the wings the heart rises. 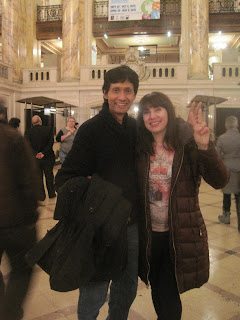 And she said (even though it was a gift to of one of her other friends) “You have to have this.” And so she lovingly presented it to me last summer shortly after Ming passed assuring me “You will fly again!” 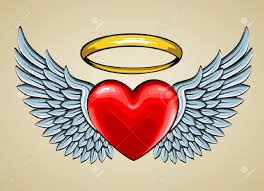 Jill will forever be a reminder of Ming, his soaring spirit, and his undying love for me. And there she was squeezing into my seat with me almost as if it were Ming saying Sweetie I am here with you (since he would have literally loved every second of the experience of seeing that film with me). Our favorite group was the Beatles and our favorite thing to do together was go to the “cinema” as he called it.

The movie started, Jill ran back to her seat and the film was sublime just like every single note of every single Beatles song ever written.  Danny Boyle (the director) captured the magnificence and timelessness of the Beatles songs. The critics might say otherwise, but, if you like the Beatles music and a good night at the movies you should see it. I can’t wait to see it again! 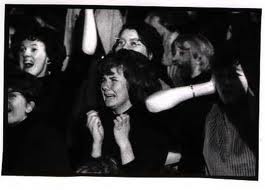 Beatlemania
I was truly on a cloud for the entire film and cried several times from sheer love of the songs. I was just gushing and practically swooning and so were my friends. Halfway through the film Jill came back down to our seats and we all were waiving our hands and singing Ob la di, Ob-la-da! This was movie magic in real life.

When the show was over and the credits ran we all got up and just started waiving our hands and swaying to Hey Jude!! Jill came running back down. She was screaming “Na Na Na Na Na Na Na….Hey Ming!” It was just perfect. I was truly on a natural high from our Beatles & Ming Love Fest right there in the theater.

Jill gave me a big hug and said good night as my friends and I just stood looking at the screen and each other with pure adoration for The Beatles and their music.

The movie may have been over but not the magic. When we exited the theater we heard Beatles music again. That same fantastic musician was there playing the songs we had just heard in the film. It was brilliant. I just threw off my jacket and raised my hands in the large lavish lobby and we all just let it be…It was so beautiful. I was elevated and beaming. (I want to note that if Ming were physically alive he would have been filming every wonderful moment) 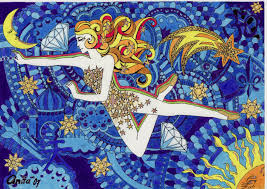 Just then Jill appeared again. With live Beatles music still playing she hugged me and said “I love you Renee.” She was telling my friends about our special connection and the special gift she had given me that has come to represent Ming’s Love and him wanting me to “keep good” as he would always say, as I carry on.

Jill was having so much fun that she wouldn’t leave even though all her friends were in the car waiting for her and one standing in the lobby with her hands on her waist as Jill just got more and more into the rapture. 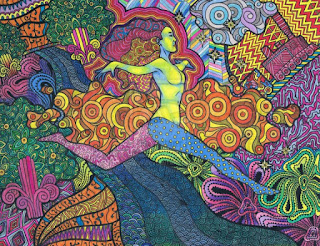 Thanks John, Paul, Ringo and George! Thank you to Richard Curtis for writing the script (he wrote Love Actually too). And, thank you to my dear friends TLC who treated me to such a night. You’re right; music does follow us wherever we go….

Here Comes the Sun….I’m Happy just to Dance with You….Strawberry Fields Forever in a Yellow Submarine…I’ve got a feeling…..Ev'rybody had a good time, (even Ming) Oh Yeah….. 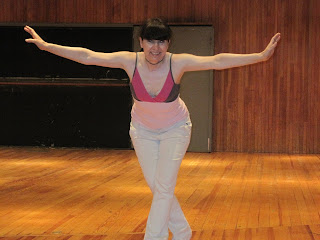 "sitting on a cornflake . . . waiting for the van to come"

Hey Renee, What a wonderful post and amazing experience. There's a magical, mystical quality to it all - so beautiful and poignant. Great to see you last night and we'll be in touch again soon I hope! XOX Anne

Your blog is very interesting, would you like to try to share some tea articles from us? Email: naturalpuerh@gmail.com