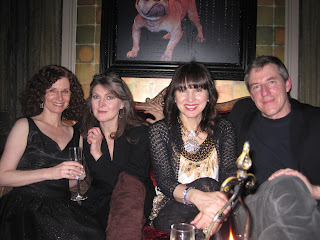 After my last blog post about my taste for the good life, I accepted an invitation to a party in New York. I may not travel a lot these days, but, a party in New York City makes up for all those walks along the Seine, and any al fresco dining in Tuscany, I am missing out on. Well, not really, but, you know what I mean.
A friend of mine was throwing a party for one of his big number birthdays. He rented out the New York hot spot RdV. According to the news, John Legend was definitely living it up at his 32nd birthday bash Wednesday at New York City hotspot RdV, where he celebrated with celeb pals, including Ne-Yo, Estelle, and even 'Jersey Shore' star Pauly D. And I can see why. The place is super cool. I loved it from the moment I waltzed in. 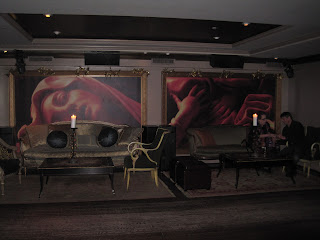 Sure, my white coat had a few dirt spots, and my diamonds were fake, but, the feeling of exhilaration I had being part of Big Apple nightlife (my old stomping ground) was Real. It was terrific. 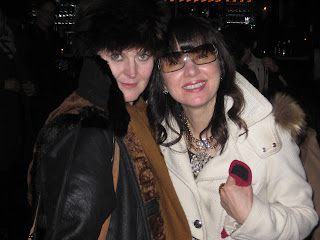 Just imagine, standing in the middle of the dance floor, surrounded by all the pretty people, sipping champagne, and dancing to outrageously good songs like Slipping into Darkness, by War, and Gil Scott-Heron’s, In the Bottle. When Tower of Power’s, Down to the Nightclub came on, I got everyone on the floor and we lived out the song!
All I had hinted at in a few previous posts was that I would love a fun night on the town, and next thing I know, I am in New York City’s Meat Packing District partying like it was 1999! Stay on this blog, and let’s keep living the good life as best we can.
One of the party guests, who had not seen me in ten years, declared… “Renee, you have not aged one bit since I last saw you!” I don’t know about you, but, I am staying with this blog. It works. 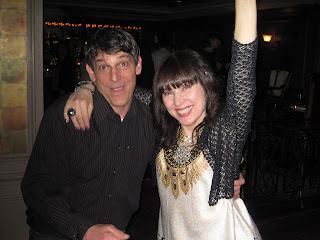 If you can’t get to New York, and you don’t want to go out in the cold, turn on any of the songs mentioned here. You’ll warm right up, get the urge to dance, and rid yourself of any winter blues.