THE TAKING OF MACCHIATO... 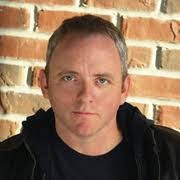 Dennis Lehane
You have seen me throughout this blog posing with different celebrities. I am usually pretty lucky with attracting stars, but, not always…

Dennis Lehane is a famous writer with friends even more famous than he is. When he talks about Clint, Sean, and Leo, he’s referring to Clint Eastwood, Sean Penn, and Leonardo DiCaprio. Mr. Lehane is living my ultimate dream. Not only is he is a well-received writer, but, some of his books have been successfully turned into movies. You may recall Mystic River and Gone Baby Gone, just to name two. When I heard Dennis was going to be a guest speaker at this past Boston Book Festival, I immediately made plans to attend.

On the way to hear his presentation, I stopped at Starbuck’s to treat myself to one of their decadent six dollar drinks, a rare treat. This was a big deal because I only had six dollars. I was hungry and cold, and the event was about to start. My Venti Carmel Macchiato would make my day. Imagine sipping a delicious drink drenched in caramel while hearing the inside scoop on what it’s like to have Clint Eastwood and Martin Scorsese direct movies based on your books. As soon as I reached the over-crowded auditorium, the man at the door told me I could not bring my drink in. He was serious. But, I could not part with my Macchiato so easily. I said okay, walked out, and went in another entrance. I found the last available seat and made myself cozy. No sooner did I take the cover off and whiff the alluring aroma when that same security man appeared. He told me I had to leave immediately, or give him my warm, sweet, brew. I had to make a quick decision. Dennis was about to go on. I handed over my fancy cup of java and remained seated.

The talk, From Page to Screen, was great. I remember Mr. Lehane saying as a writer you must put in your one thousand hours. He was referring to honing your craft and paying your dues. I felt good because I have done that. He talked about some of his Hollywood experiences. As a screenwriter myself, hearing him speak was just as exciting as I can imagine hearing Mr. Eastwood would be. It was worth giving up my coveted coffee (at least in the moment).

After the event, I thought it might be worth it to go back to Starbucks and ask if they would give me another drink. I was hoping I could have my Macchiato and Dennis too. Just as I approached the counter, I saw Mr. Lehane with a few people waiting for their drinks. I thought it would be fantastic if I could get a picture with him for my blog. I walked up to the author, said hello, and thanked him for the talk. When I asked if I could take a picture he said, “Not today.” Now, as a writer myself, I have to give him the benefit of the doubt, and say maybe I shouldn’t have bothered him. Maybe lots of people had already asked him. Maybe he just didn’t like the way he looked that day. Then I thought the Starbucks we were in was in close proximity to the event. Since Dennis Lehane was part of the Book Festival, shouldn’t he have just let me take the picture? “Maybe next time,” I said, as I walked away. I never (till this day) got my Macchiato!

What do you think? Was I out of line, or should he have let me take the picture….

Dennis, if you are listening, it’s okay. I know people that know you, and they tell me you are a nice guy. Could I just get a part in your next book/movie? That’s what it will take to get over the Taking of (my)Mocchiato! However, if you really feel bad about turning me away, I would accept a Starbuck’s gift card for six bucks (the price of a Venti Caramel Macchiato).

For more on Dennis go to: http://www.dennislehanebooks.com/.

In true Renee fashion and in one of my boldest moves yet … I did get a picture with the other famous writer who was speaking with Dennis. But, you have to follow Ageless for more….
Posted by Renee Gold at 11:18 AM