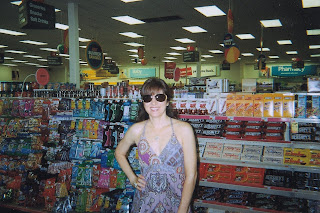 This time I will be prepared...

This is the direct link to my video in Oprah's search for a new TV star: http://myown.oprah.com/audition/index.html?request=video_details&response_id=18133&promo_id=1.

Please Vote! I can handle the bright lights and the paparazzi! I have got ten pairs of sunglasses ready and waiting.

This really would be a great gig for me since I have been called a "hot ticket" by some pretty cool people. Just scroll around and you will probably agree. To bad I forgot to smile, and forgot a few lines in our one take. If I had had a rehearsal, I can assure you, my audition would not have been so rushed, and so amateur. I have no one to blame but myself.

And, once the footage was uploaded to Oprah's site, it was only then that I came up with a timely and unstoppable idea for a show! I hope they do call me, so I can let them see what I am really made of!

Either way, the lesson is learned.... >ALWAYS BE PREPARED!

But, as many folks point out, "your clip has heart, you tried,.... and the scene at the end is heartwarming." Am I being too hard on myself? I don’t think so. But, I have garnered over one hundred votes in just a couple of days. Yes, I know some people have eight million! So get voting, maybe we can catch up. Show Aunty (of course she is in the video too) she has eight million friends!!! http://agelesswithaunty.blogspot.com/2010/06/everyone-loves-aunty.html


Voting ends Saturday July 3, 2010.
THANK YOU FOR TAKING THE TIME TO VIEW AND TO VOTE! AND FOR TELLING A FEW HUNDRED THOUSAND FRIENDS.

After you view the tape, your comments are welcome here. Just hit the comment button below and let's hear what you have to say. Many of you have told me you enjoyed it in the emails... putting your words here would help... and, you never know who sees this blog. Oprah does own a computer you know~
Posted by Renee Gold at 1:41 PM

Labels: be prepared, get on TV, give it a shot, go for your dreams, meeting Oprah, my own tv show, take risks

Oprah is looking for CONTENT, not production quality. She OBVIOUSLY doesn't expect everyone to hire a professional videographer. The key is to speak from the heart. Of the Aunt.

Well done, Renee! I think you would be fabulous in your own show!

Renee, this is fabulous, camera glitches and all. You've got a relaxed way that works. I've voted several times but each time didn't see the counter go up. I'm on an hp Mini in a hotel lobby in Italy so don't know the particulars of how much depth my computer has. I'll keep trying, tho. Hugs that you get a chance!!