TV IS GOOD FOR YOU?! 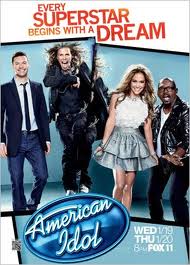 I used to call TV “The Boob Tube, The Idiot Box,” and even went through a stretch of time without a television set. Then, while watching two of my favorite shows in recent times, Modern Family and America Idol, I realized a little TV (as long as it packs a lot of enjoyment) is good for you.

Between care giving for an elder with dementia, writing books and polishing screenplays, searching for an agent, trying to get published, running a blog, and simply trying to keep up with the fast paced, high-tech world we now live in, by the end of the day, I want to get as far away from my computer and the Glaucoma drops as I can. Watching Steven Tyler, a Rock God, carrying on with an array of contestants of varying talent, as they vie for a million dollars and a chance at a recording contract, makes me smile. I thoroughly enjoy that show, and I emphasize thoroughly. How can this be a bad thing?

When I had a fit of laughter one night from watching the new show, Modern Family, that’s when it hit me, a little TV is a good thing. I am referring to an early episode, when the gay couple (Mitchell and Cameron) brings their baby Lily home from Vietnam. Cam promised Mitchell he would not be dramatic, or over-the-top, when they introduce their adopted child to the family. The next scene, an overly excited Cam, comes out draped in a robe, holding the baby over his head, before the family, to the soundtrack of the Lion King. I laughed so hard I woke Aunty up!

My guilty pleasure from a few years back, when I started watching TV again, was my pal Flavor Flav…now, there’s an outrageous character. It’s tough to stand out these days… and Flav’s reality show didn’t disappoint. How many people can live up to the word “Outrageous?” When Flav (a natural comedian and former rapper) took a special date to his favorite restaurant to impress her, it turned out to be …KFC! 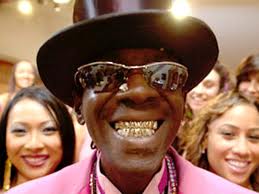 A Happy Guy
By the way, I am strictly talking to adults here. Children should be closely monitored by the parents when it comes to what to watch.

One or two shows a season…that’s what I propose for part of an anti-aging regime. It’s working for Aunty and Me. She’s mesmerized by Dancing with the Stars and America’s Funniest Videos. And, as I delight in Idol and Modern Family, the last thing on my mind is all the responsibility I have.

We know you have a favorite show too…come on fess up …What is it?…

What beloved show do you miss from the past? I would like to say, I miss I Love Lucy, but, Aunty and I own every episode on DVD. Each dose of the potently hilarious Vitameatavegamin episode adds a day to your life. 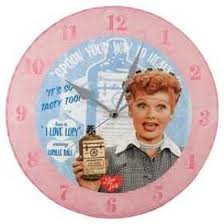 I love Modern Family, laugh out loud funny!! It is the only one I watch. My sister like the big bang theory show too.

Mad Men! Can't wait for it to come back on. Love the classic clothes from the 60's.

And all the adult cartoons, American Dad, South Park, Archer....

I plan to record Glee on my Tivo and check it out.

I, too am a big Modern Family fan.

LOVE Modern Family! Also a big fan of So You Think You Can Dance. Thanks for the follow! Hope you have a wonderful weekend :))

It's all about Breaking Bad!

Oh I love that show, it's so good and can't wait for the next season.