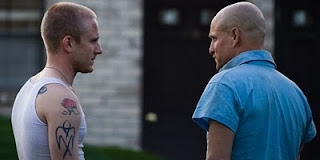 We were at a film Festival and needed a ride to the show. We were running late and had no time to spare. This was not NYC, so there were no cabs in sight. Helen had given up and said, "Let’s just go out to dinner instead." I insisted…

“NO, let’s ask someone for a lift. There has to be someone going our way."
Just then, out of the corner of my eye, I saw some funky film types piling into a car. I grabbed Helen’s arm and rushed over to the group. When it was clear that they were going in our direction, I asked if they could drop us off. One of the people in the group responded, “I think we only have room for one more.” Helen spoke right up and said, “Oh we can fit in.” Before we knew it, we were in their van. Now this might seem a bit forward even for me, but something felt right. Once we were all packed in and on our way, my friend started raving about the Film The Messenger, which she had heard a lot about, and was about to see. When the people whose ride we crashed couldn’t stop laughing, it was revealed that we were in the presence of Ben Foster (above left, who plays the lead in the film) and Oren Moverman, the Director and Academy Award Nominated Co-Screenwriter of the Film! After a burst of sheer delight, Helen whispered to me… “I am going to movies with you more often.”

I will admit that my chutzpah, and anything is possible attitude, doesn’t always get me what I want, but, more often than not, it creates a lot of magical experiences like this, and hopefully lays the foundation for a unique and fun blog.

Holy cow! LOL Maybe I should start going to the movies with you.... :D